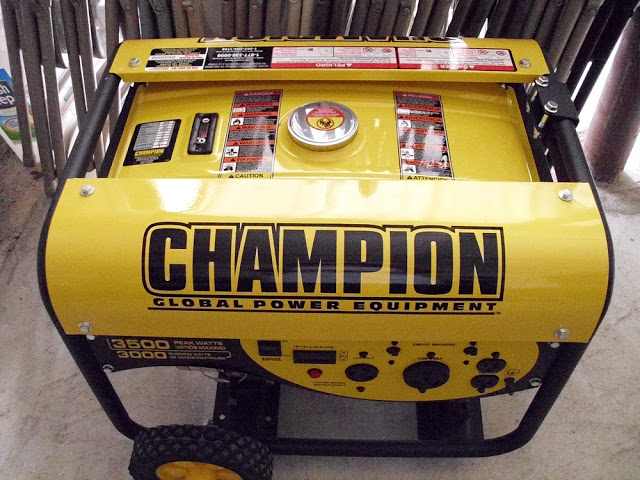 Should I be concerned if, upon waking up this morning, my husband said,

“I need to make sure I get the pickax out today.”

Yes it would seem like an odd statement, although we did watch The Shining last weekend, but we’ve got Hurricane Sandy headed this way. And my husband wants to have the pickax handy in case he’s got to break up the ground around our window wells when if they start to fill up with water. At least that’s what he told me. Maybe I should be concerned . . . (Joking people…no worries here!)

Just last year, our little town of Little Egg Harbor, New Jersey was hit with Hurricane Irene, named after my mother…still processing that connection. In fact, the hurricane made landfall in our town, and we were on The Weather Channel map – so of course I had to take a picture of the TV:

And here we go again, with Hurricane Sandy coming up the coast and turning into a Nor’easter that is going to hit us starting tonight and hangin’ around – the weather experts say – for a few days. Nice, huh?

Just last week, we had our Oktoberfest party. When we were setting up for it, my husband said to me, paraphrasing here,

“Honey, I know you’re in a lot of pain with your hip, but just think: our party will be so much fun, and next weekend? You won’t have to do a thing! You can just rest and relax.”

I reminded him of this several times yesterday, while we were prepping the outside of our house for the arrival of Sandy. It was funny the first few times I said it . . .

Here’s some pictures I took of how barren and empty and desolate and cold our home now looks from the outside. It’s like a sad combination of Curb Appeal and Yard Crashers in reverse.

When they were building our pergola, we were told that the town needed to inspect it (usual permit stuff), to make sure it was capable of withstanding a hurricane. If you look closely at the wide horizontal beam, you can see many huge bolts across the top. Those are everywhere on this thing, just because that’s what was required to pass inspection. Who knew we would get not one, but two hurricanes in just two years? Crazy!

House might not survive but hey, you can hang onto the pergola for dear life because that is going to survive!

Remember my Boober Pansies I told you about?

This morning, my husband went to breakfast with some of the “menfolk” in the neighborhood. I jokingly told him they were going to begin planning for who’s in charge of the tribe after we’re in the post-storm scenario, where Halloween candy and bottled water become the new form of currency! I joke because I’m just ever so slightly apprehensive. And that is just ever so slightly an understatement.

Hope you enjoyed these pictures! I took many more of my flowers and plan on snapping pics of whatever is left once the storm is over. Until then…