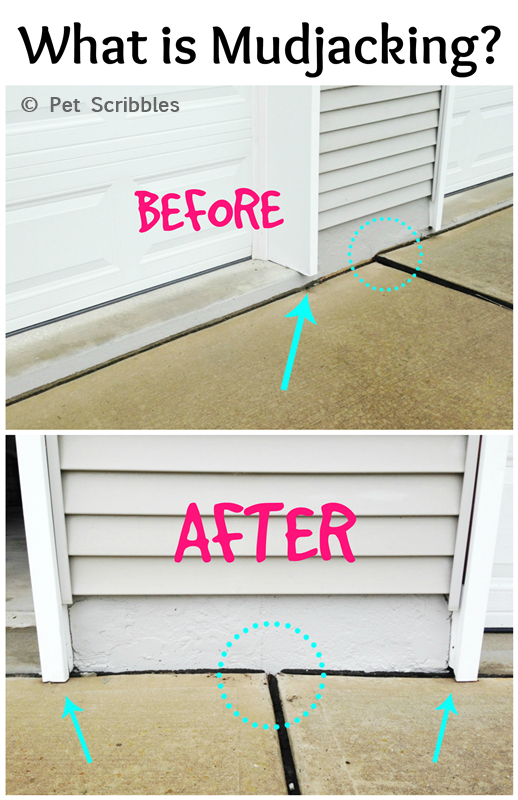 Our driveway is made up of concrete slabs, and some of those slabs have been sinking slowly over the past few years. It finally got so bad that we had to do something. But what?

We never quite understood why our driveway was sinking.

We drive a tiny Honda Fit, not a giant SUV, so it wasn’t like our vehicle was weighing the slabs down. 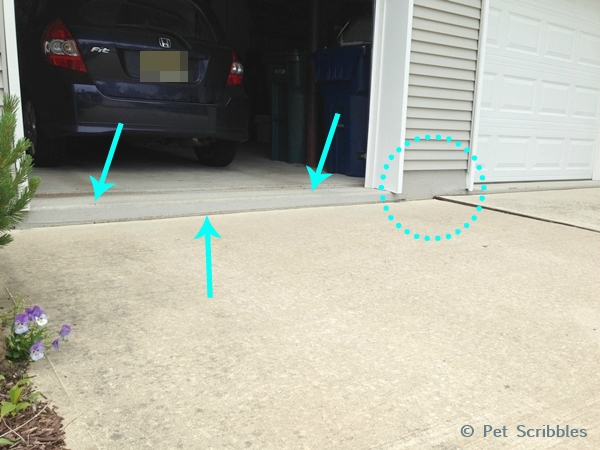 The slabs were also sinking unevenly, with the two slabs closest to the garage being the worst.

The left slab eventually sunk to a depth of 4 inches, while the right slab sunk about 2 inches. 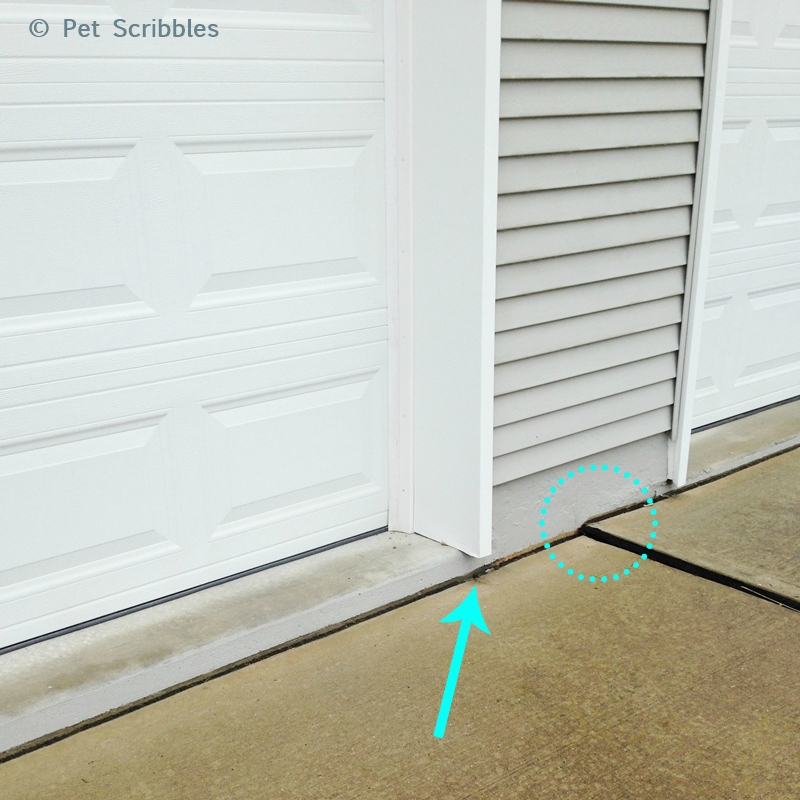 You can see in the images — above and below — how the driveway is no longer flush to the garage door trim (where the arrows are). The circled area shows the left slab lower than the right one. 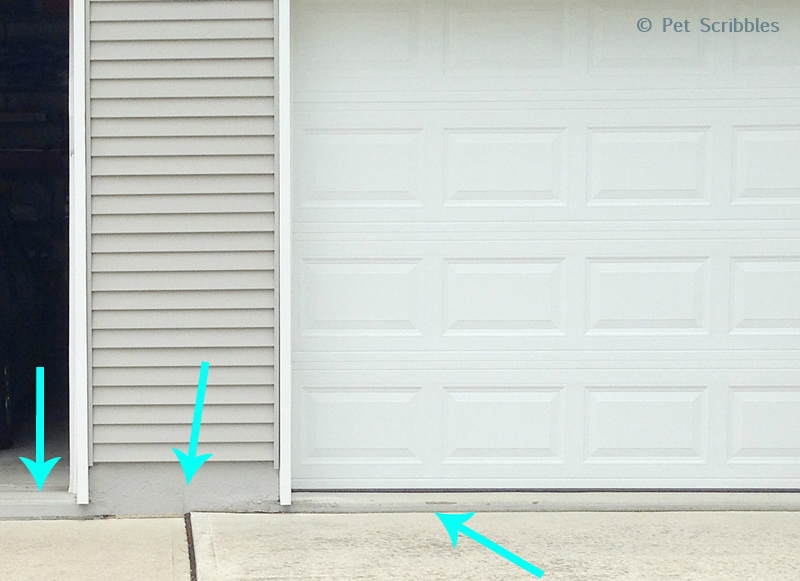 In fact, in the year or so since our foundation was painted, the driveway had sunk even more.

You can see the unpainted areas (that showed up as the driveway sunk lower) in this image: 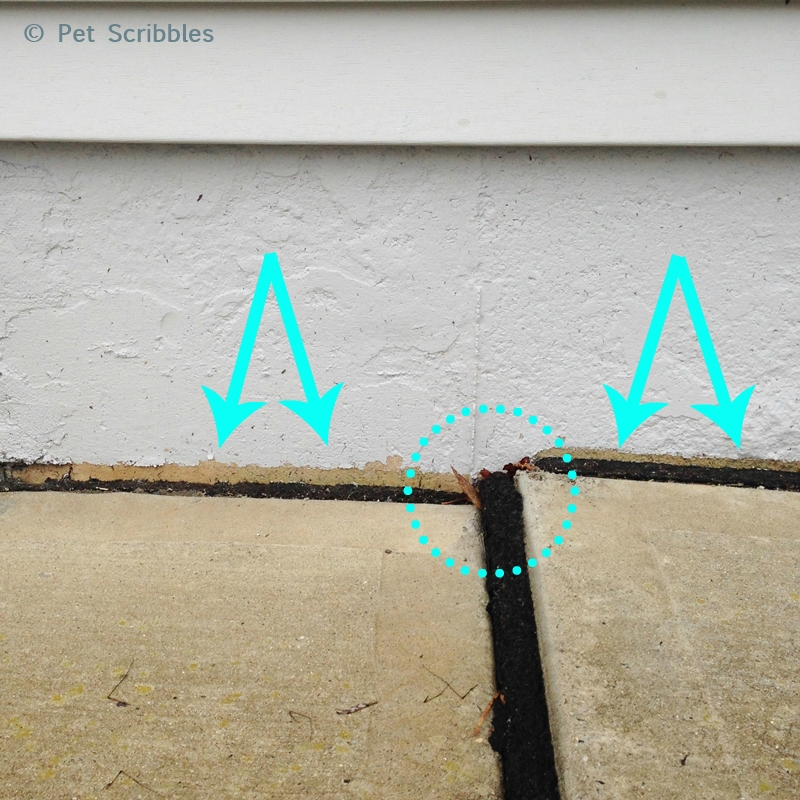 The concrete itself was in good shape, other than needing a good cleaning. Could we save the driveway instead of paying to replace it?

The answer – happily – was yes! With Mudjacking.

And no, we didn’t know what the heck mudjacking was either!

Mudjacking, also known as concrete lifting, is a way to raise sinking concrete driveways, sidewalks, or concrete slabs (like a patio) back up to where they should be.

Although mudjacking isn’t cheap, it was a lot cheaper than the cost to rip out and replace part of our driveway.

Here in New Jersey, there’s only two companies that do mudjacking. Luckily, the company we called — Global Concrete Lifting — was familiar with our area, having traveled down here for several jobs after Hurricane Sandy devastated so many homes.

The team from Global Concrete Lifting arrived in the morning with their equipment and machines. 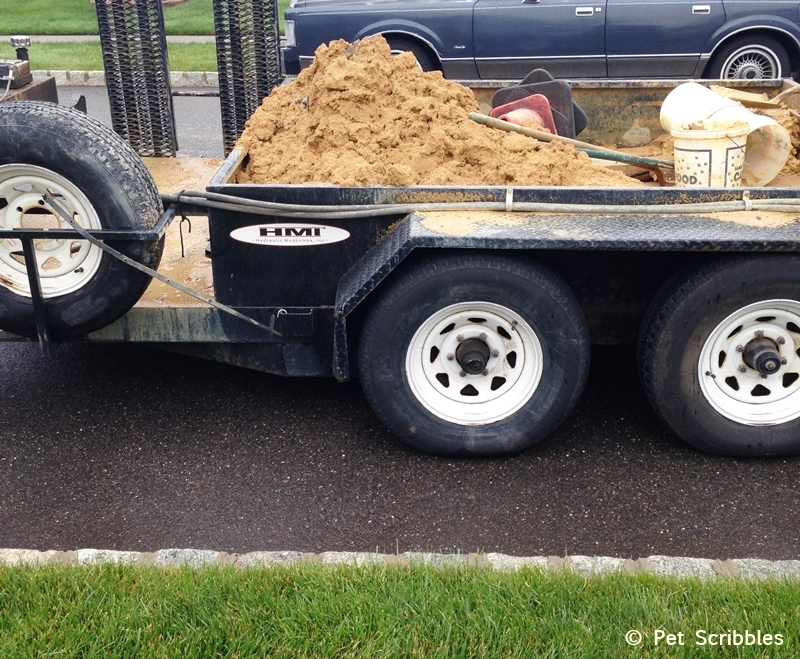 . . . combined with water and cement, formed the mixture to be injected underneath the concrete slabs. 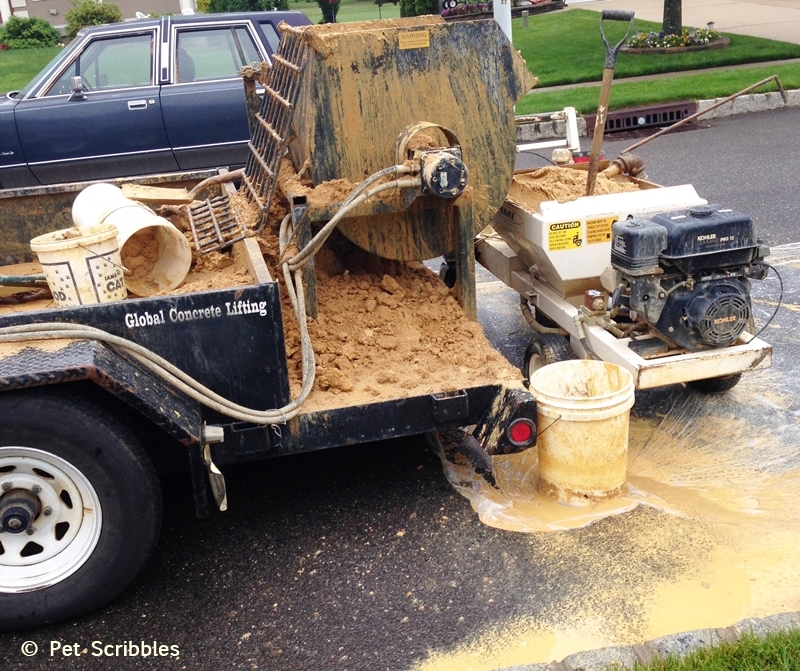 Holes are drilled into the concrete . . . 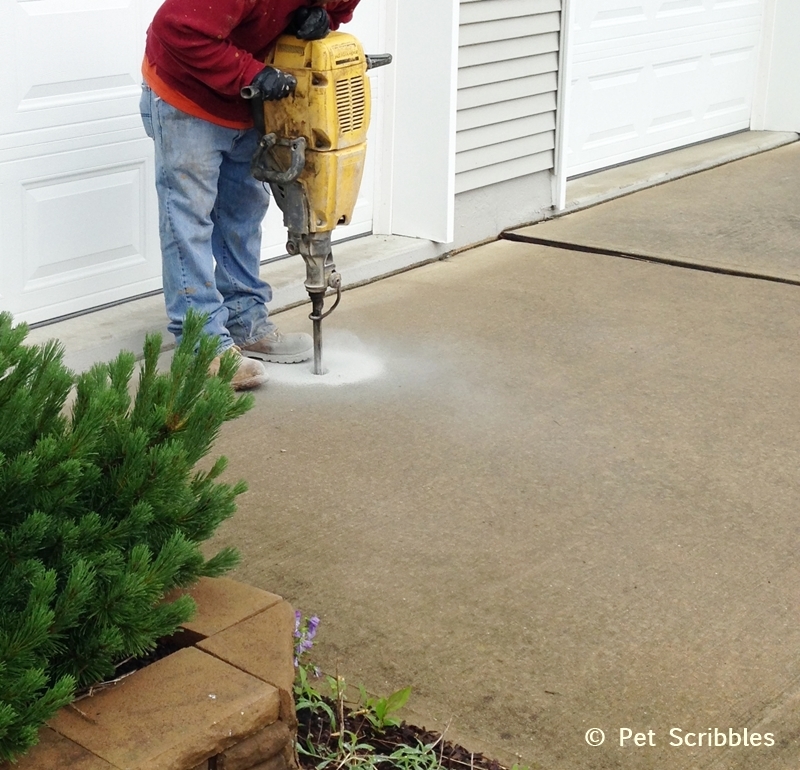 It was at this time we learned that the fill, normally put in before any sidewalks or driveways are installed, was minimal at best. Our driveway would have continued to sink until eventually it would crack and then we’d have to replace it. There was just a lot of empty space underneath the driveway. Not good. 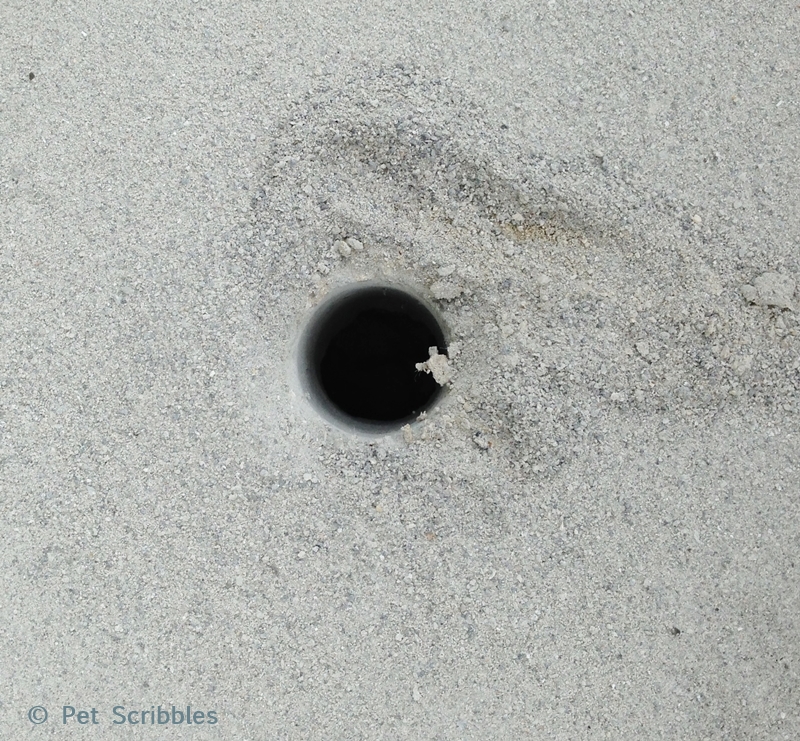 Once the holes are drilled, the special mixture is injected into them. 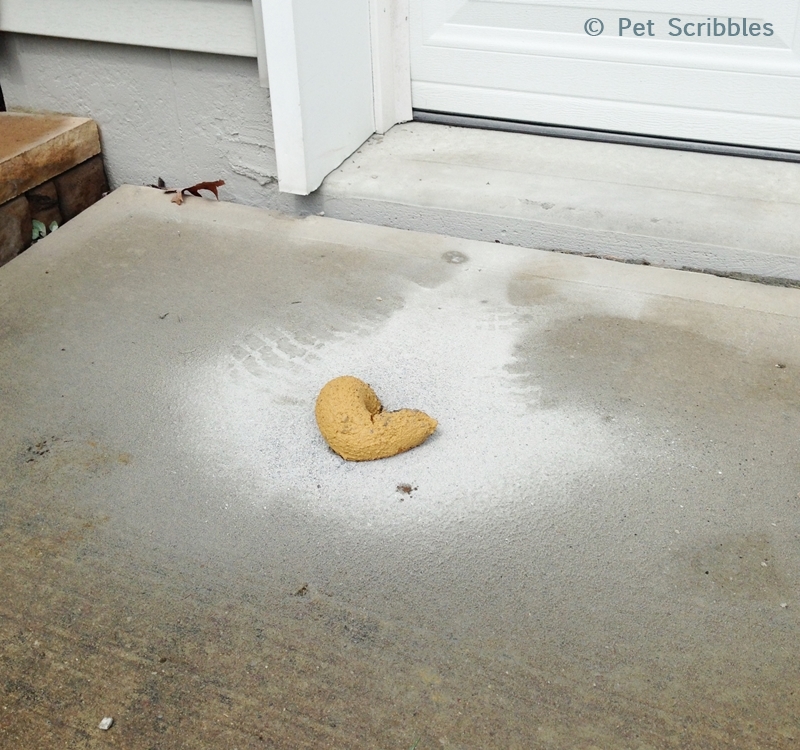 Just in case that image grossed you out, here’s a couple of pictures of our cats to look at instead: 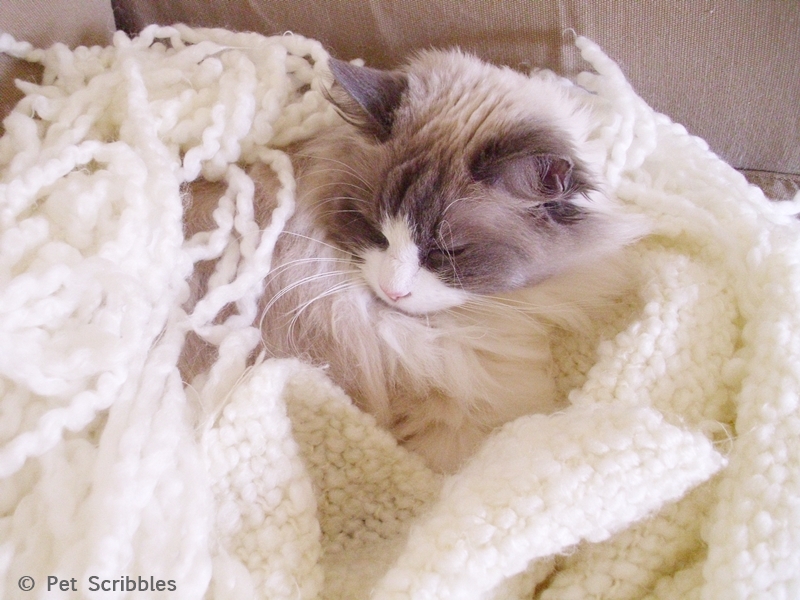 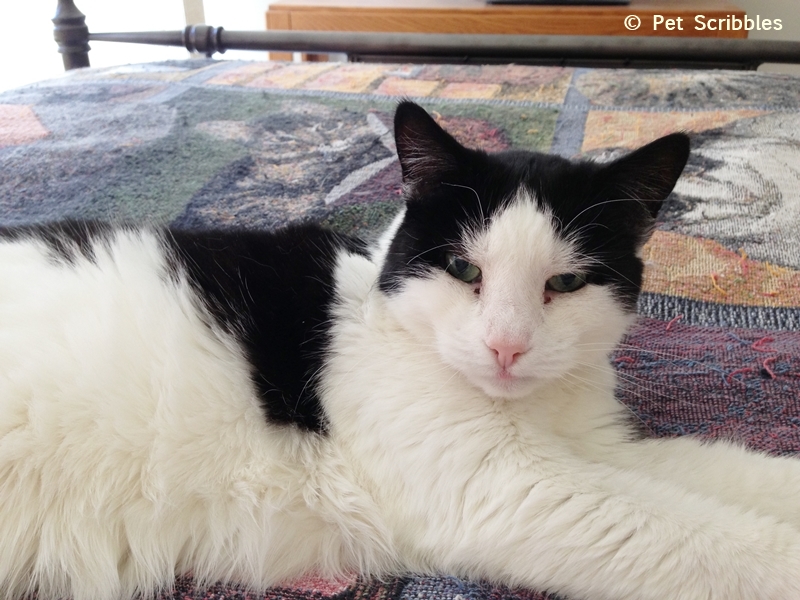 Almost like magic, the concrete slab began rising. We could even stand on the slab while it was being lifted up as the mixture expanded underneath! 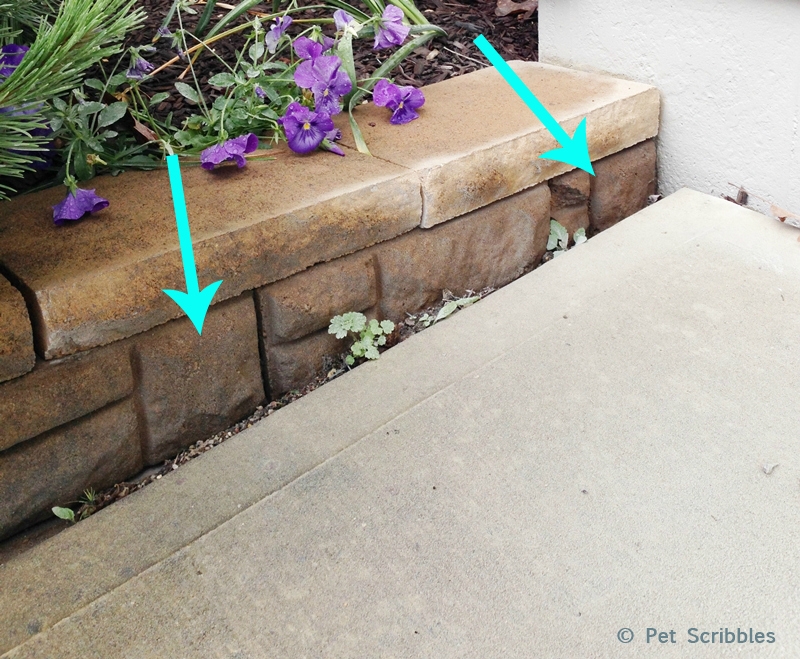 Here you can see the left slab, now fully lifted, compared to the right slab (not yet done): 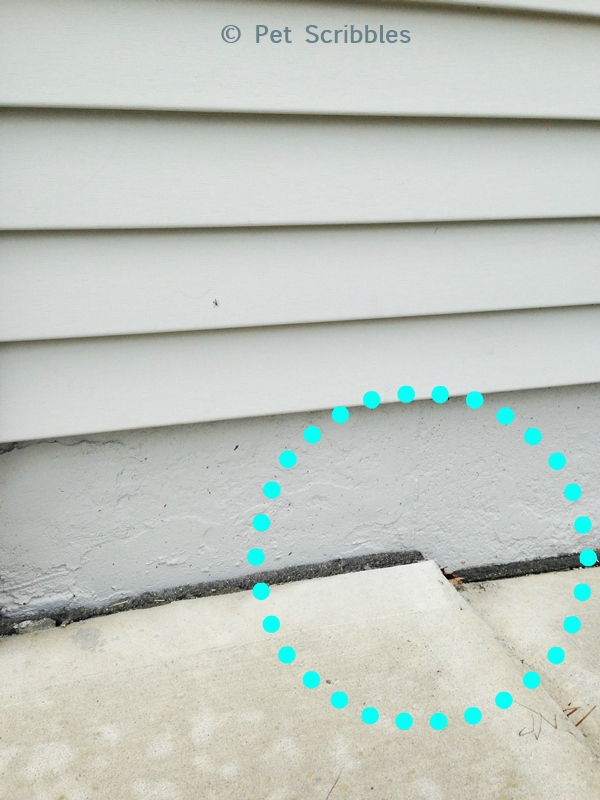 Once the slab is raised, the leftover mixture (coming out of the holes) is removed and cleaned away. The holes are then filled in with cement. (The entire process was then repeated for the concrete slab on the right side.)
Look at how nice and even the edge of the driveway is! 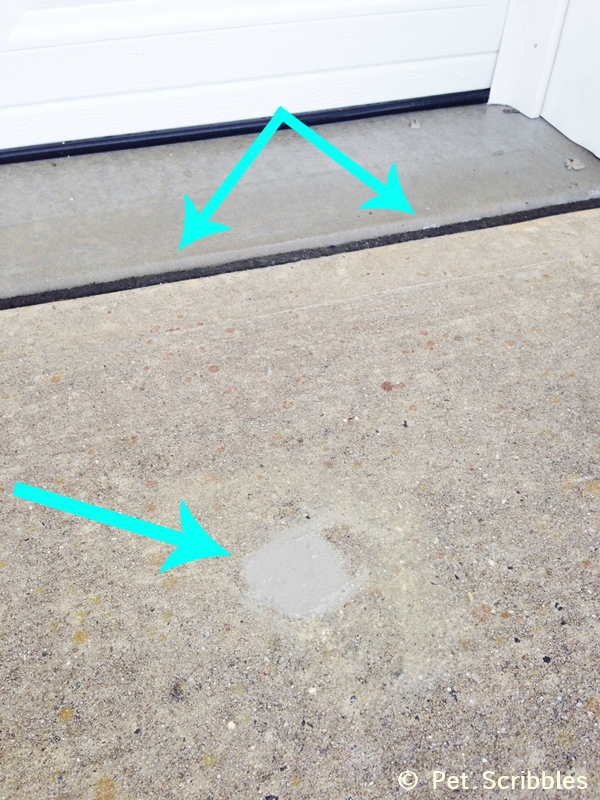 It’s funny to see how the low garden bed wall looks, now that the driveway is where it should be! 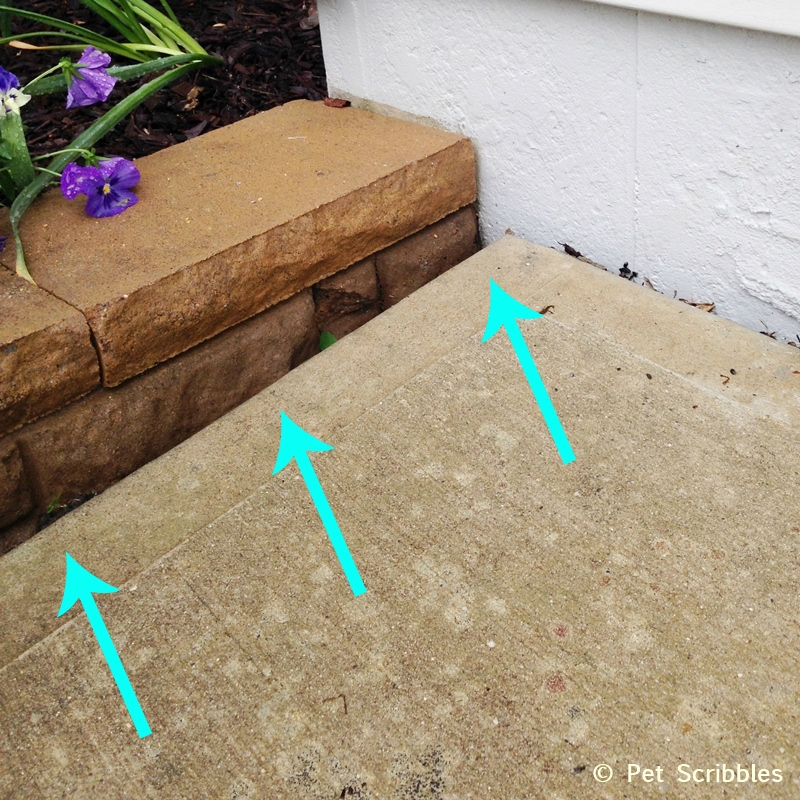 And here you can see how the driveway slabs are lifted up flush with the garage door trim: 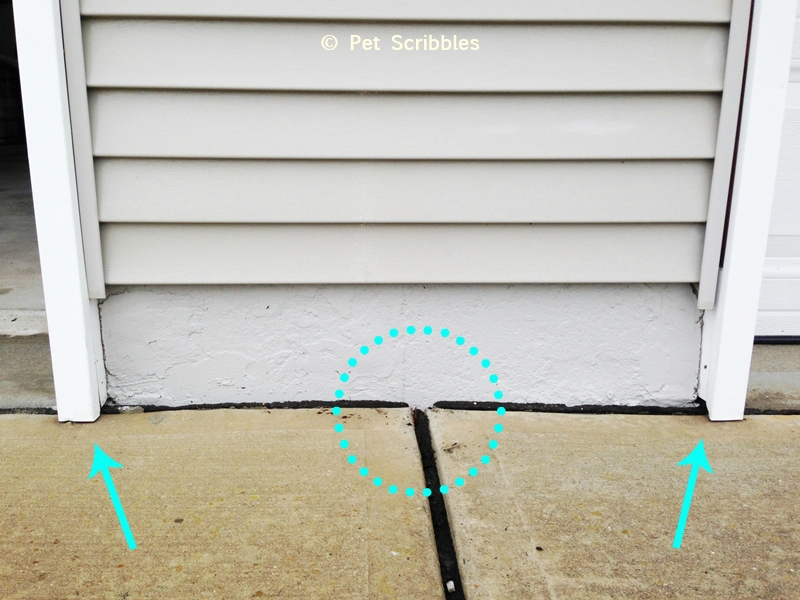 We are thrilled with the results! The first few times we drove our car into (or out of) our garage, we braced ourselves for the hard bumps that had become part of our daily routine. No more bumps, just smooth driving!

We were amazed at how quick the entire procedure was, as the team was here and gone within a few hours, and they also left our driveway and street spotless too.

So. Now you know about mudjacking.

Trust me, at some point someone will mention a sinking driveway or sidewalk, and you’ll be able to suggest they try mudjacking!